Benjamin Tindall Architects were appointed after a limited competition. The central visual theme is a celebration of the Queen’s Golden Jubilee, expressed through a series of arches and screens that lead visitors from the entrance to the exhibition spaces beyond.

The design of the Gallery is executed in a contemporary style that complements the original 19th-century architecture, elements of which have been incorporated into the new spaces.

The complexity of the Brief has been turned into a simple plan with the new entrance; the only significant external alteration.  The entrance is a feast of design, art and craftsmanship, hinting at the treasures beyond.

The contemporary reception leads to both a busy, well-lit shop, which is also externally accessible after hours, and a magnificent new stair leading to the galleries.

The gallery spaces themselves are highly flexible for different kinds of exhibitions and lit with specially designed lighting, manufactured by Mike Stoane.  Automated and bulky environmental controls and the plantroom itself have been hidden and only use new air when CO2 levels rise, recovering nearly all the heat.  Ancillary areas include offices, WCs and delivery spaces.  Access was considered throughout the building with great care.

The use of native hardwoods and exceptional workmanship is notable.  The front desk by Hamid von Koten is of East Lothian elm, whilst the stair, made by Charles Taylor, is of English sycamore and French oak.

From the start, the transformation of the building into a superb space for displaying art was seen as incomplete unless this was evident in the building work too.  International artists were involved, producing exceptional workmanship, including Keiko Mukaide’s glass tiles in the pavement and lanterns at the entrance, Jill Watson’s heraldic lion carved in Italy and bronze hinges made in Leith, John Neilson’s giant lettering made in Wales, glass lamps made by Ingrid Phillips from Sweden and a glazed screen with made by Jacqui Poncelet from Belgium.

The project was funded entirely by the Royal Collection, within budget and completed several months before the official Opening.

A short video clip by Caroline Scott can be accessed here 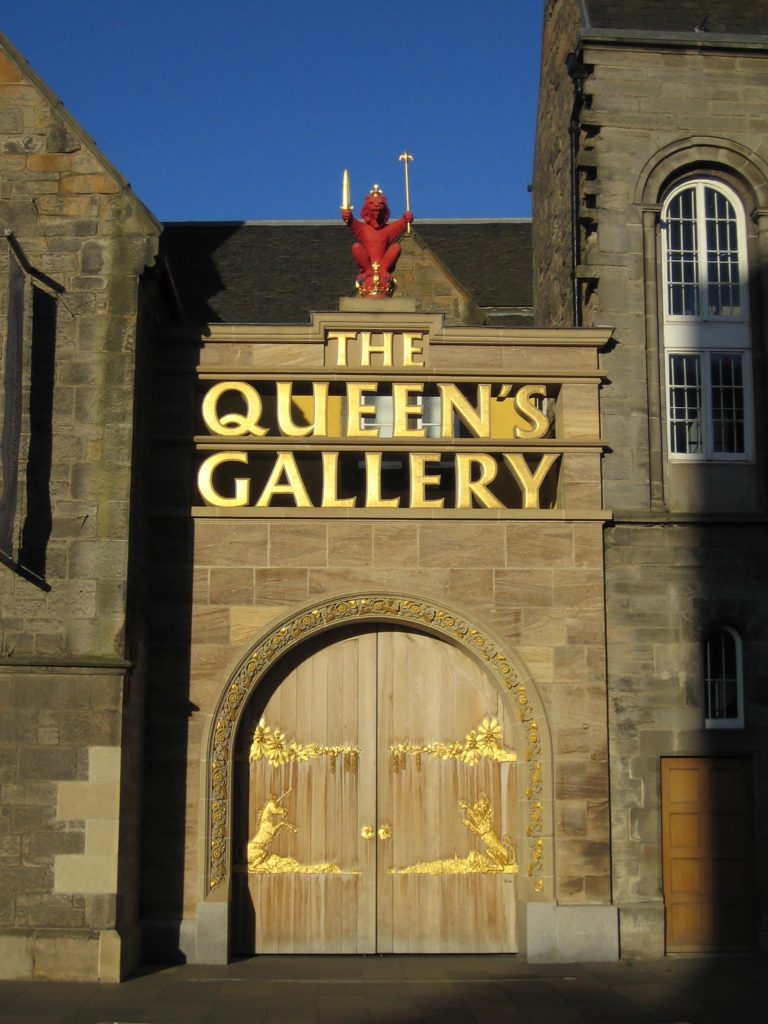 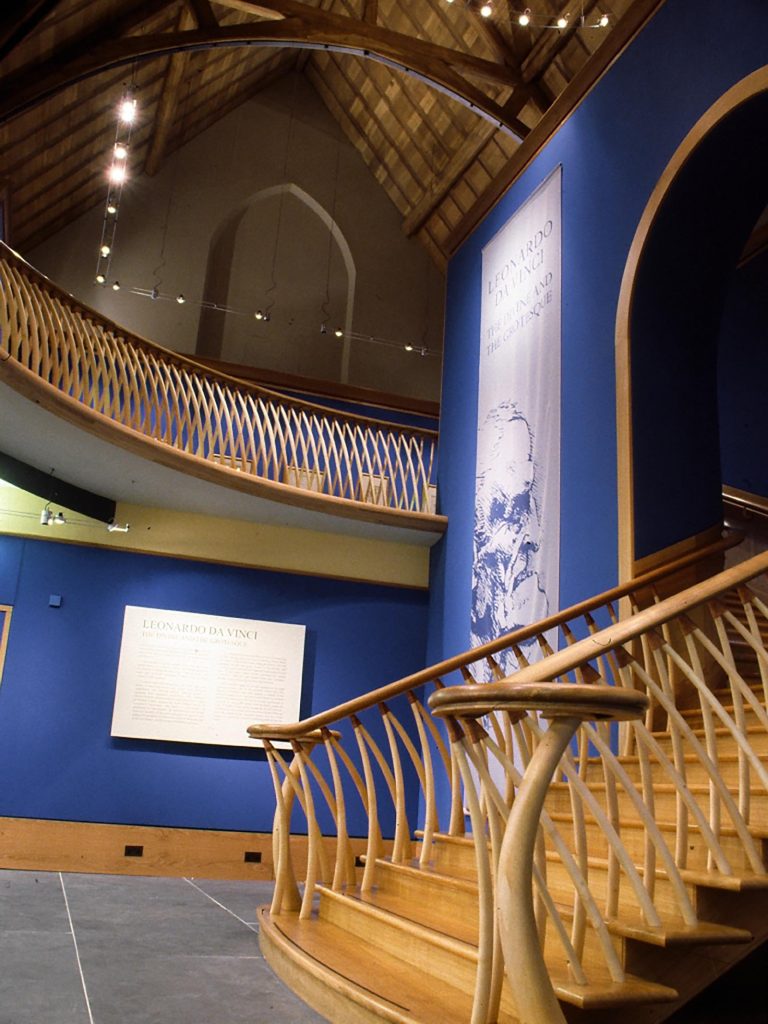 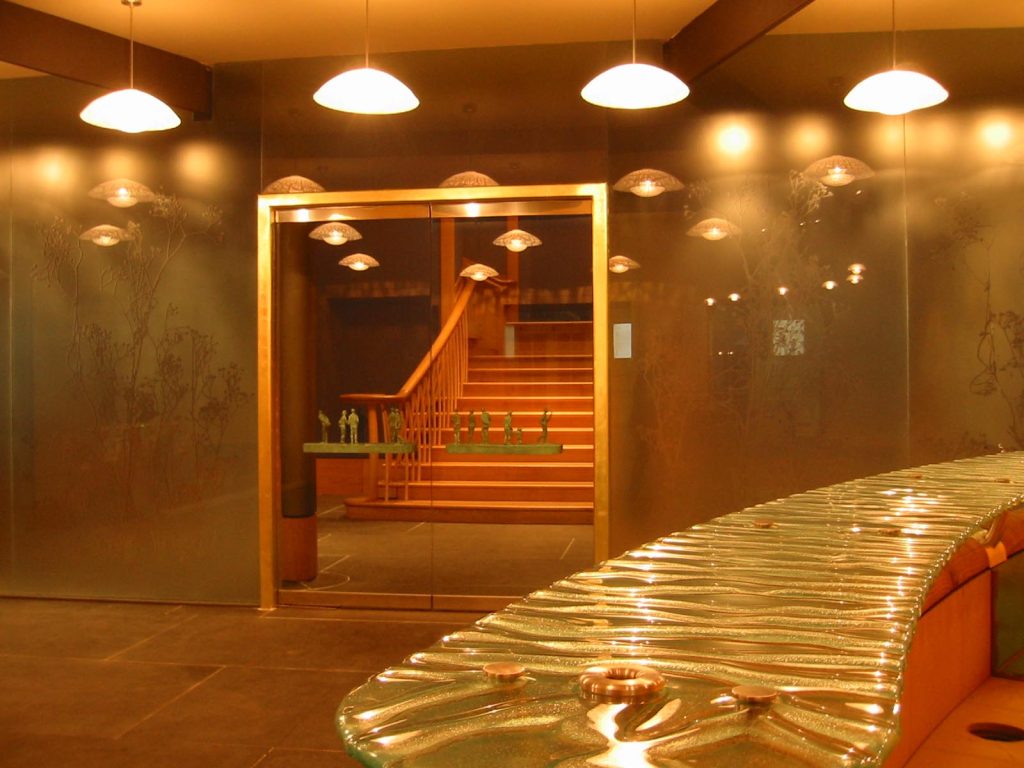 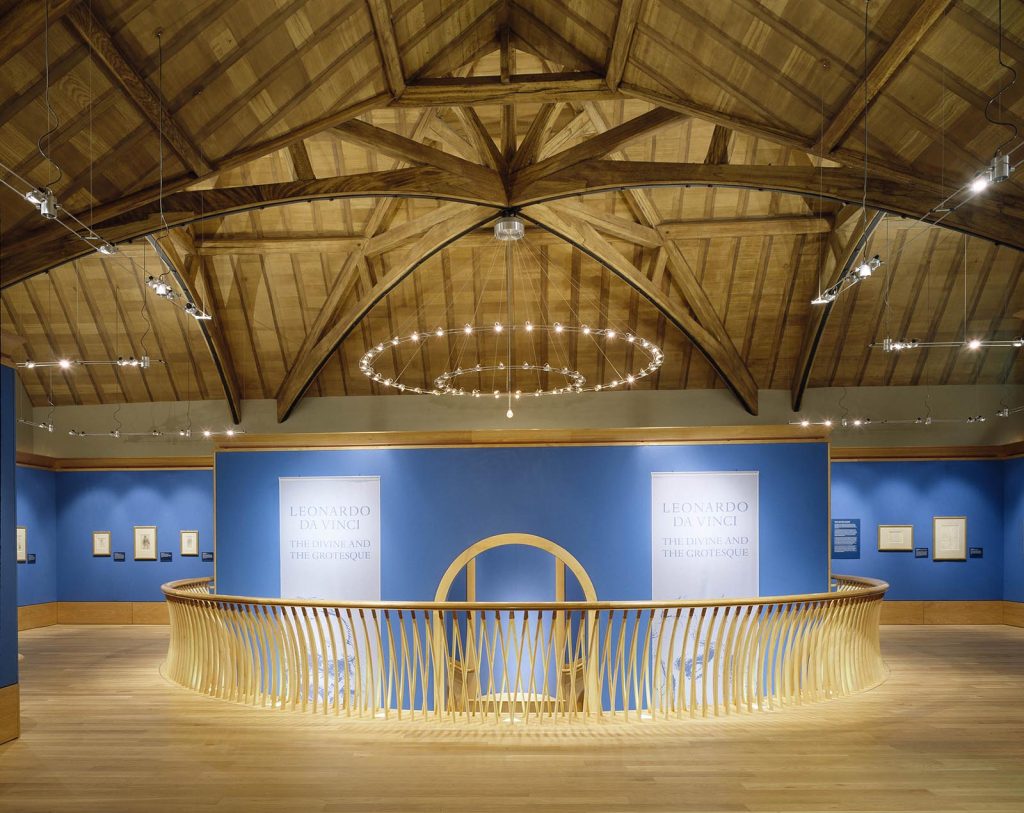 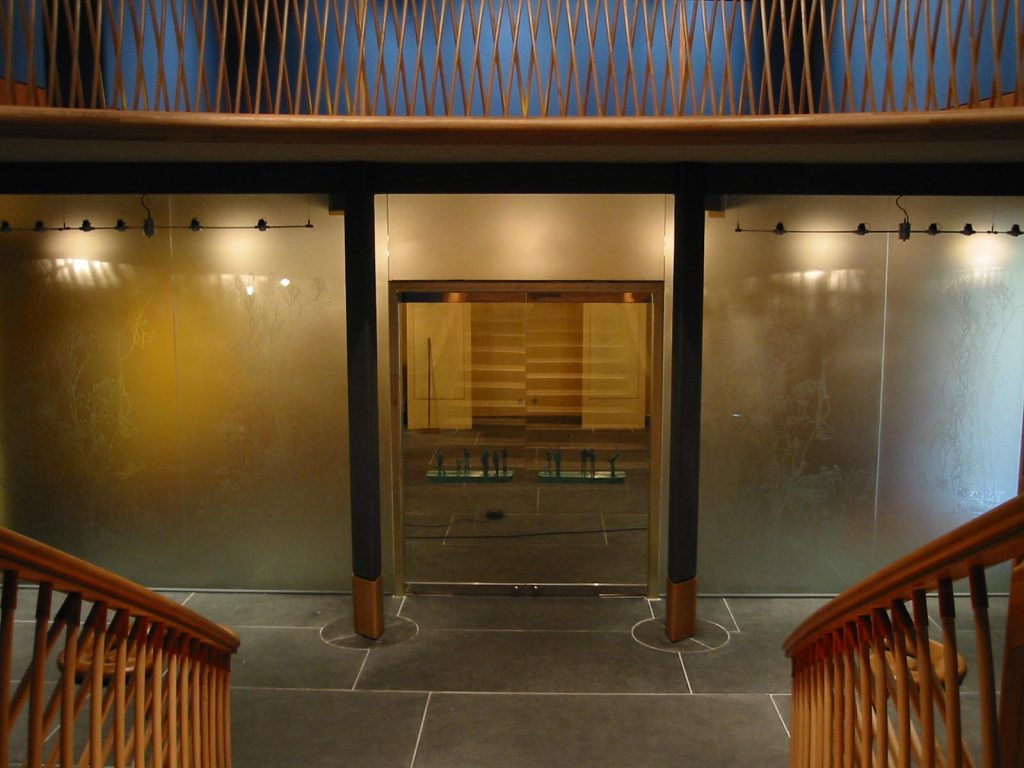 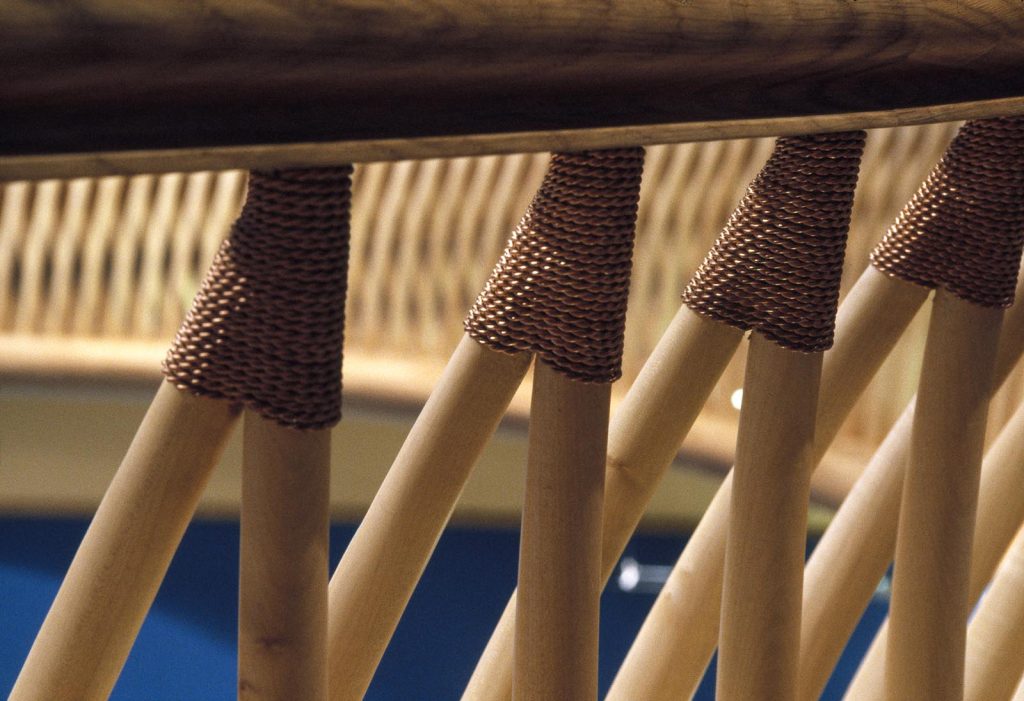 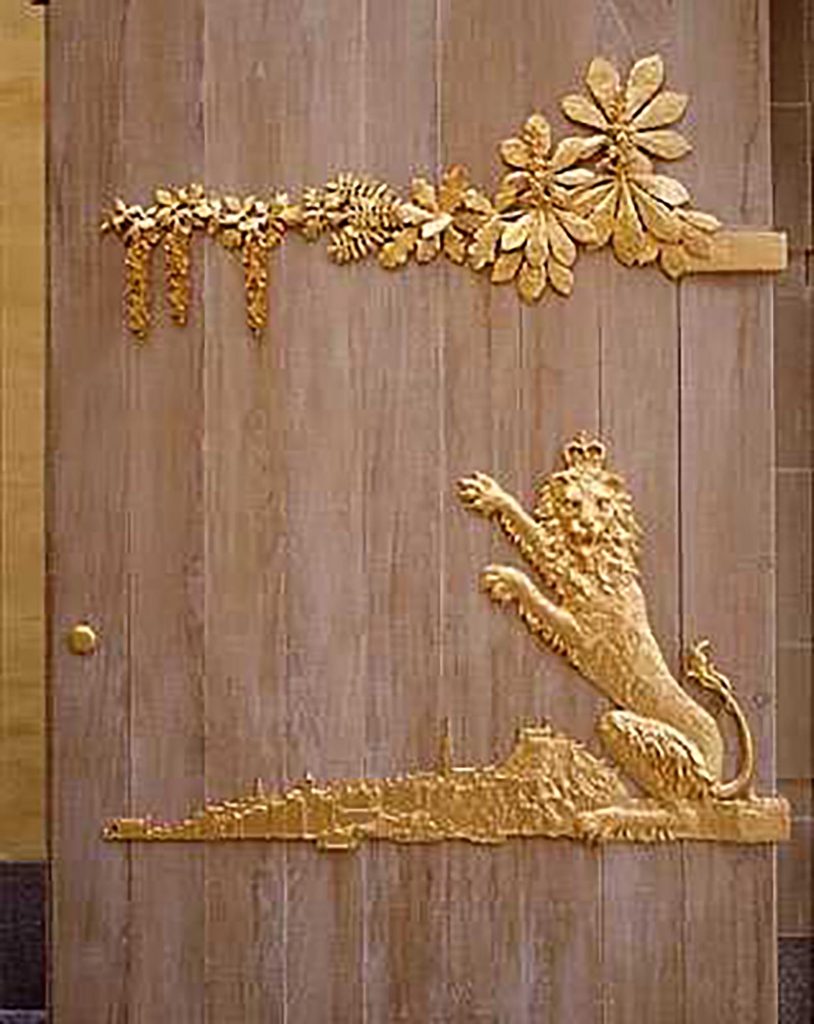 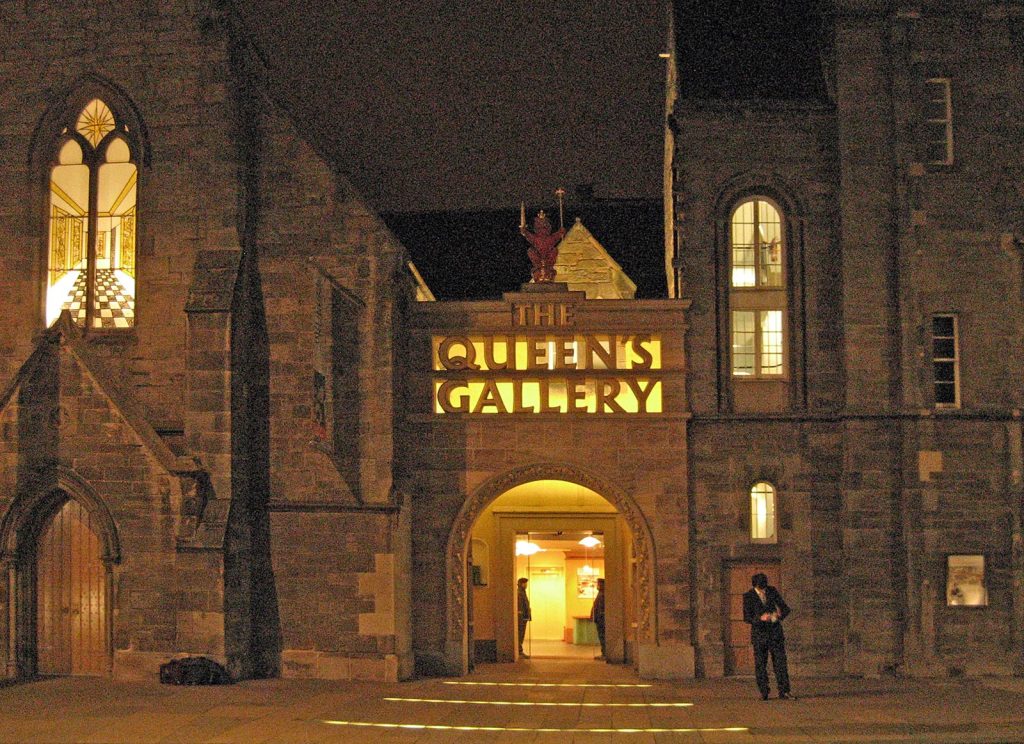 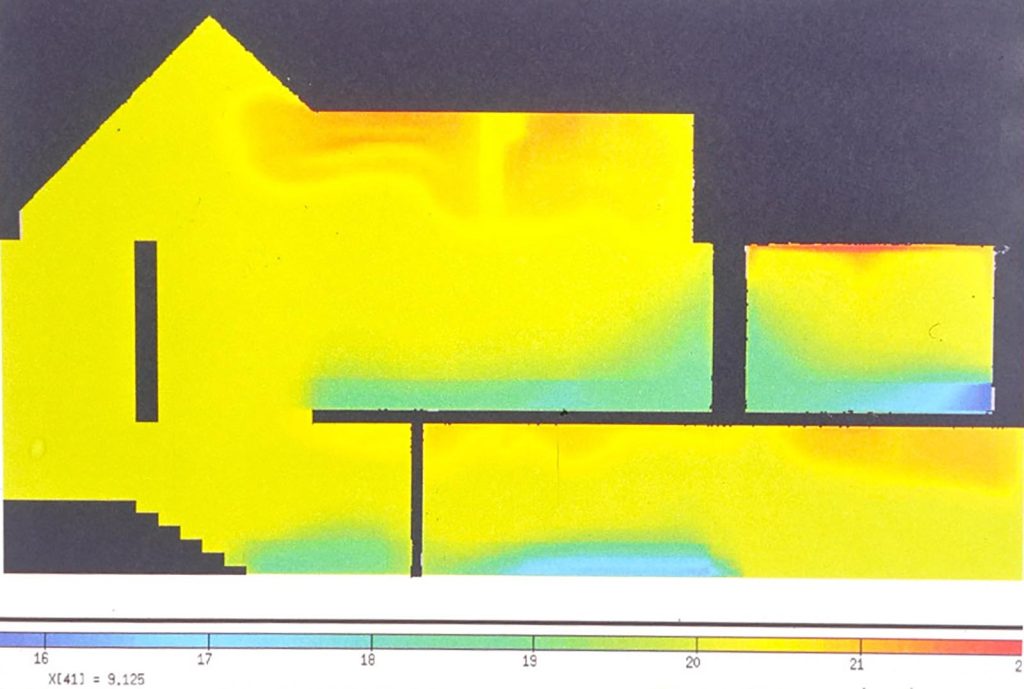 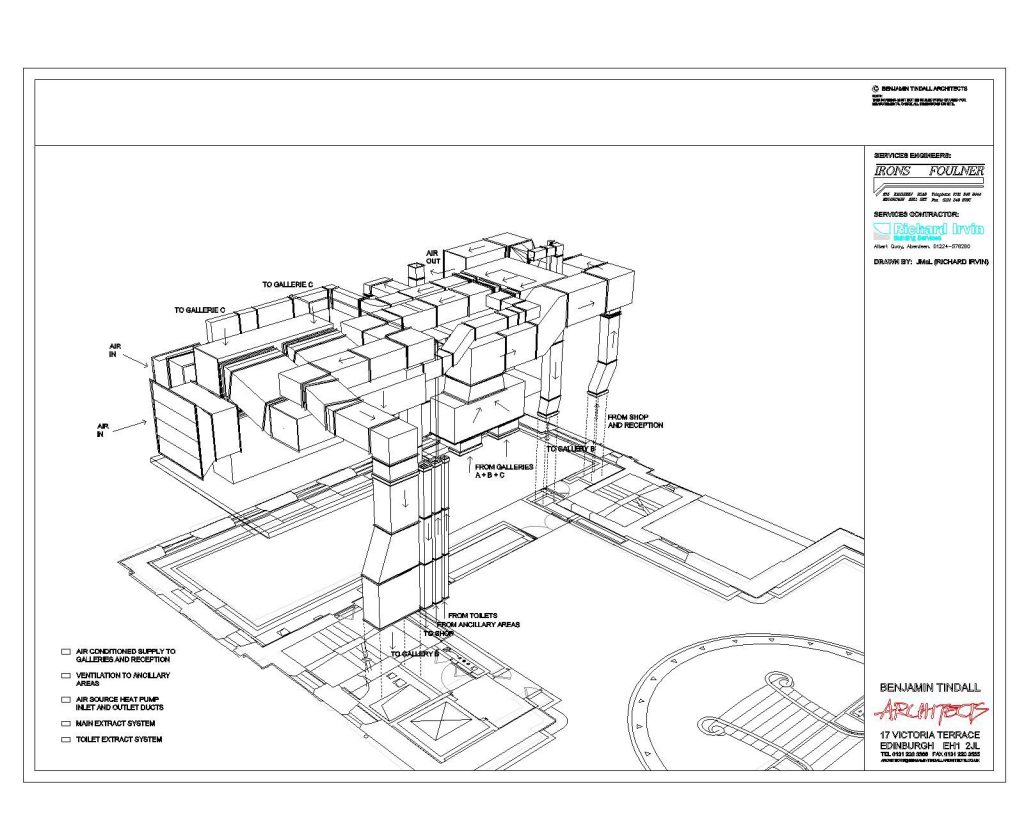 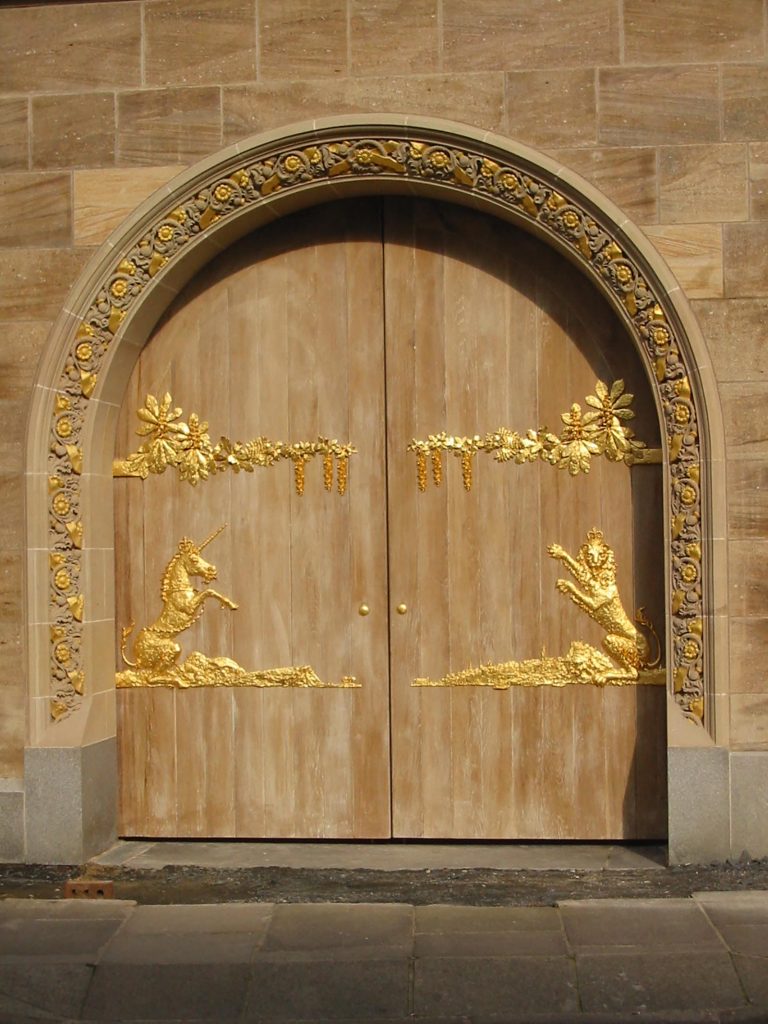 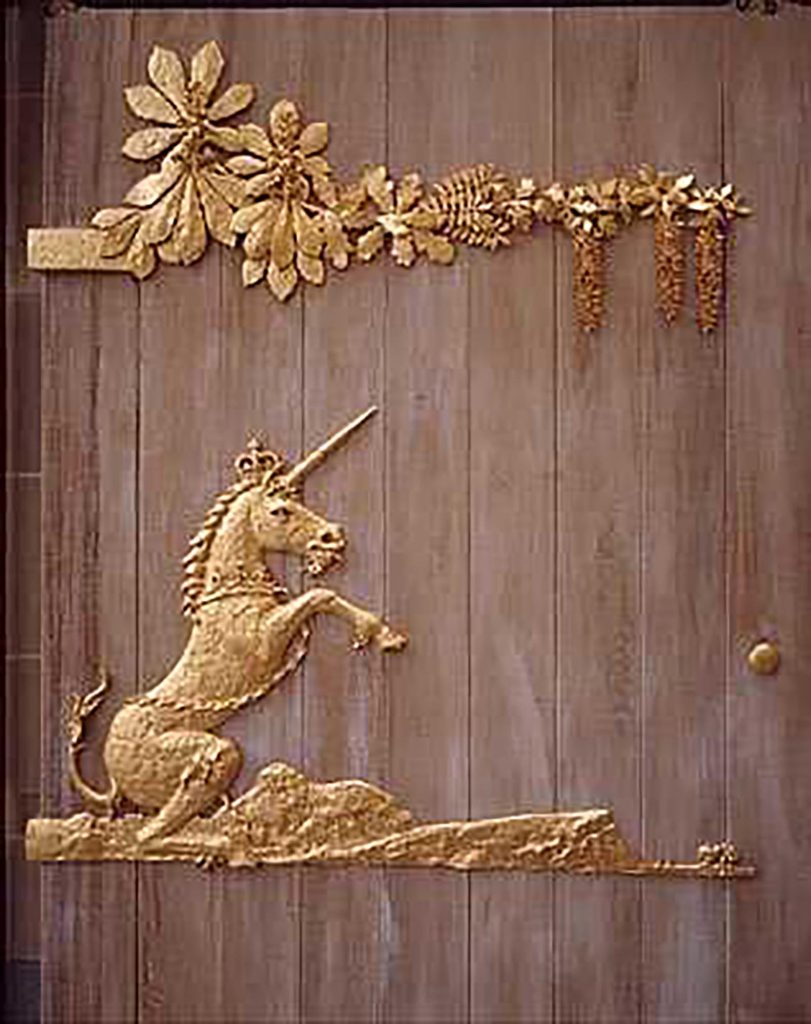 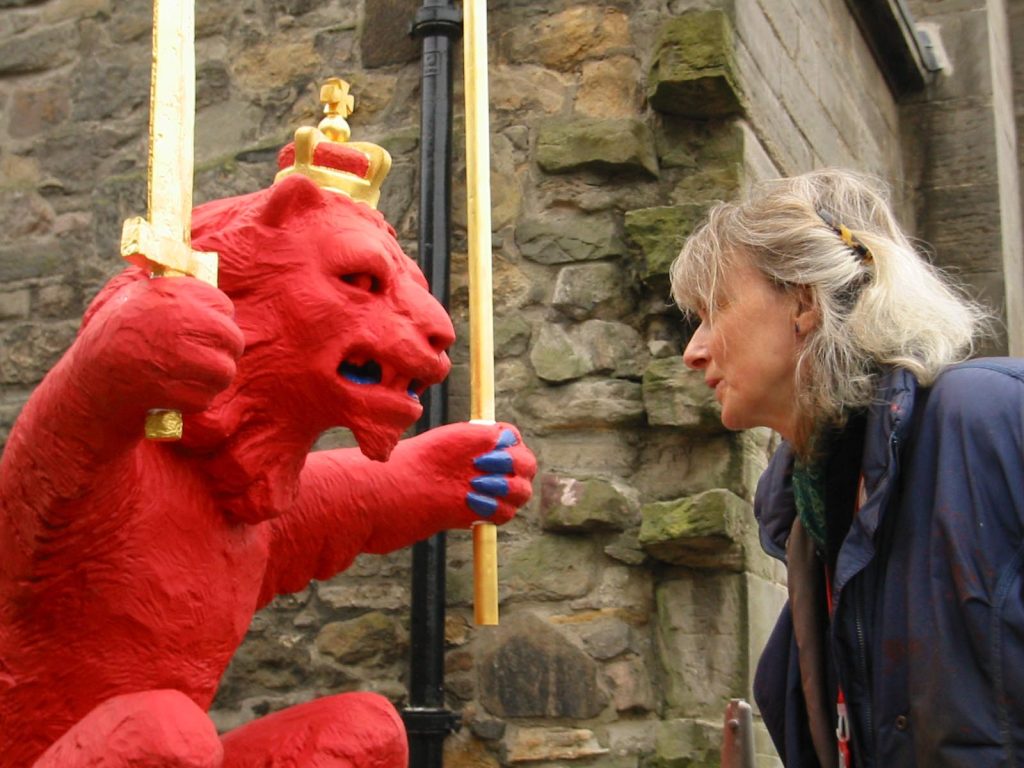 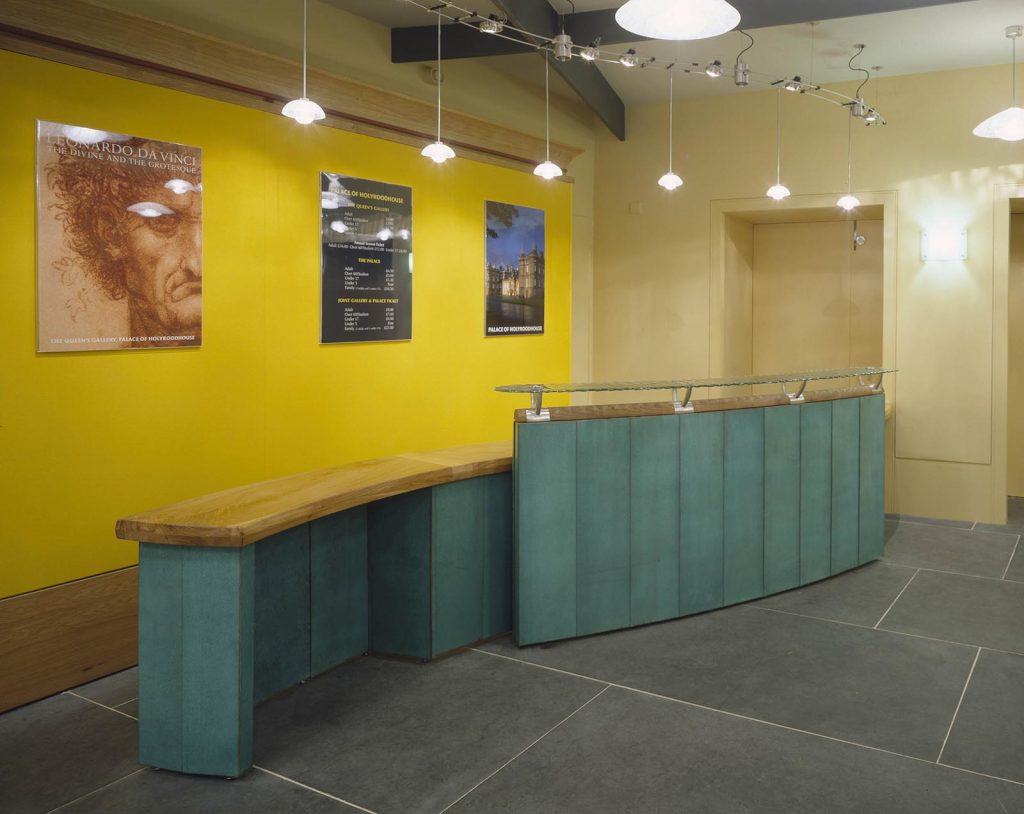 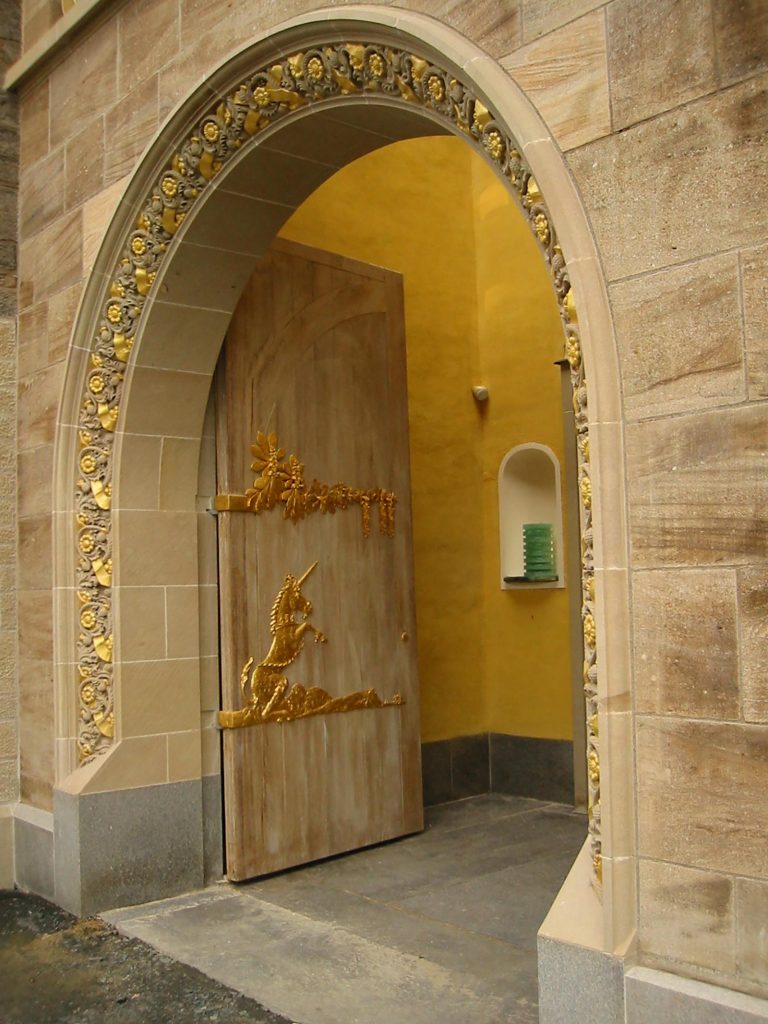 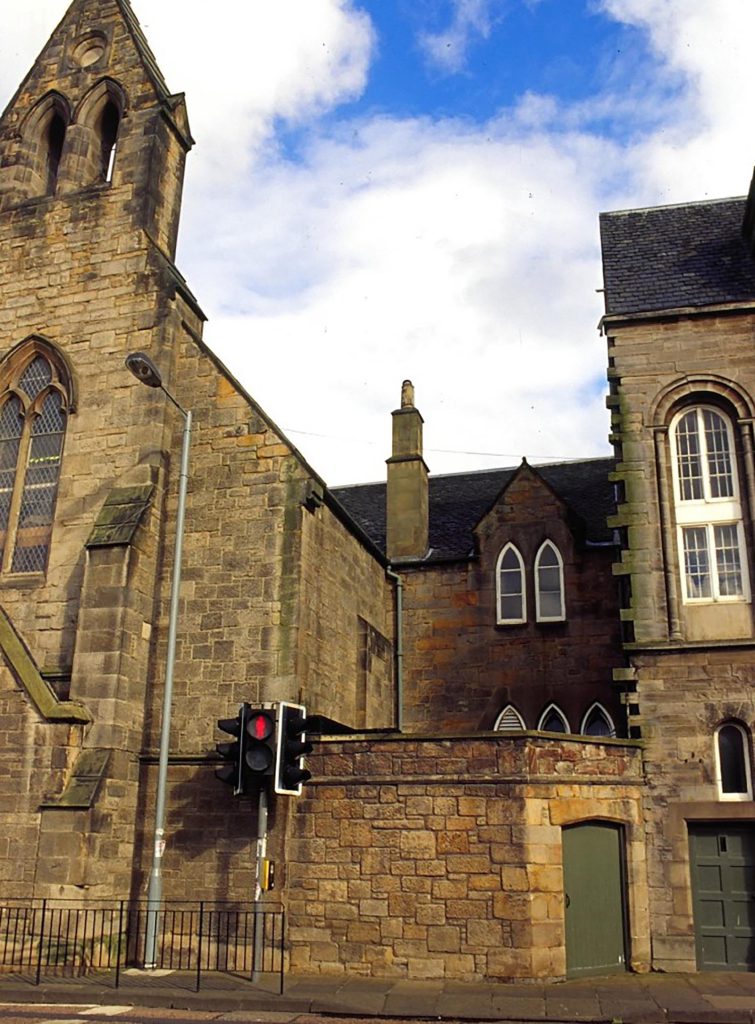