“A POLYGON OF PROBLEMS”

BTA gathered together many of the influential people in Kintyre and Scotland’s conservation community to consider the future of Cour House, an exceptional masterpiece by Oliver Hill, which is now almost unhabitable and so uneconomical to repair that its future is very much in doubt.  After two days of intense discussions, in very cold conditions, led by author Alan Powers and chaired by AHSS President Simon Green, most left with a determination to see the place saved, but well aware that the difficulties are legion. 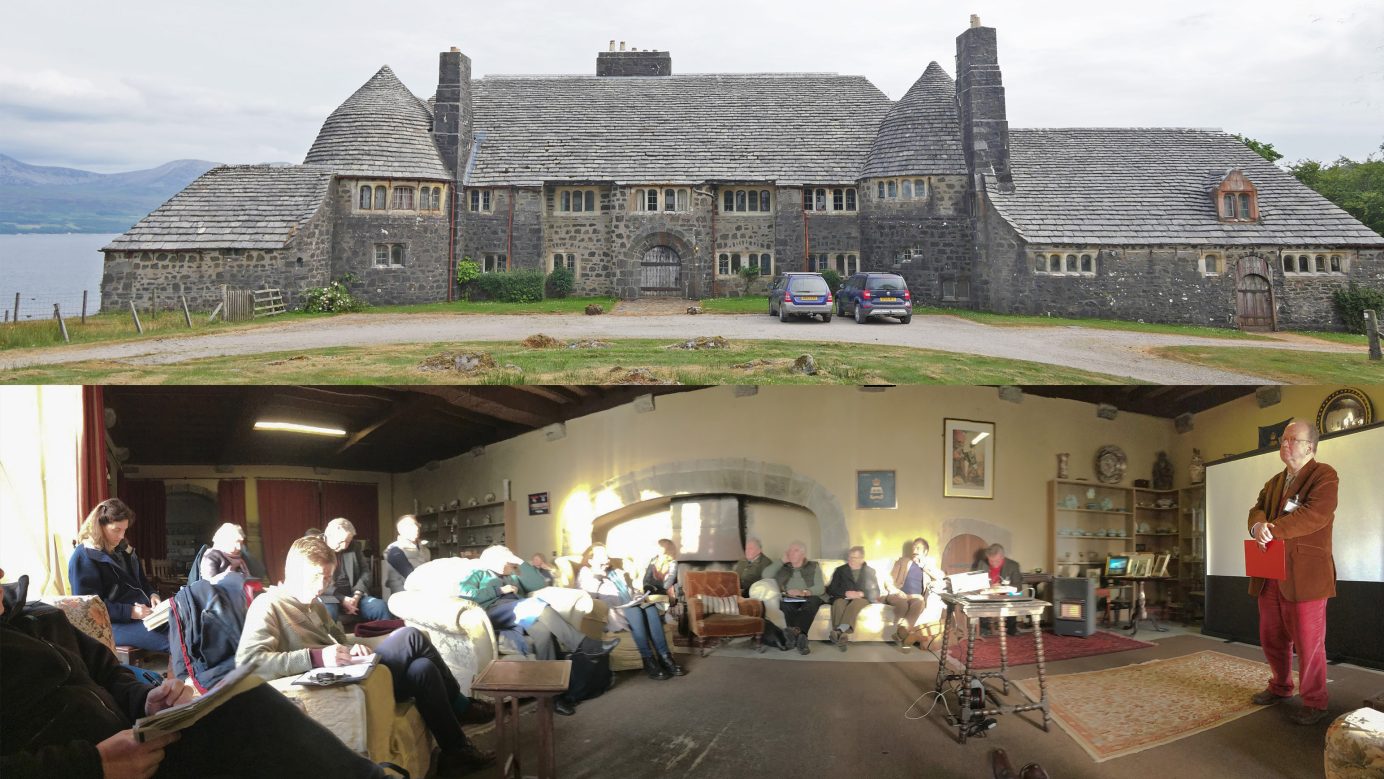