NEWS ABOUT AN CAMAS MÒR

“As Grantonians celebrated their 250th anniversary… at a meeting in the Grant Arms Hotel in Grantown, the laird of Rothiemurchus, John Grant explained… The key to excellent planning is to understand the lives of the people who will live and work there, how they will use the buildings and importantly the spaces between buildings.

In these exclusive new coloured drawings, an impression is given how an An Camas Mòr street and square could look. Influenced by comment at workshops and public meetings, the architects Benjamin Tindall and David Sim have been involved since before the first public meeting in 2005… There is to be further public consultation, market testing and an application for detailed planning permission before final decisions are taken.” 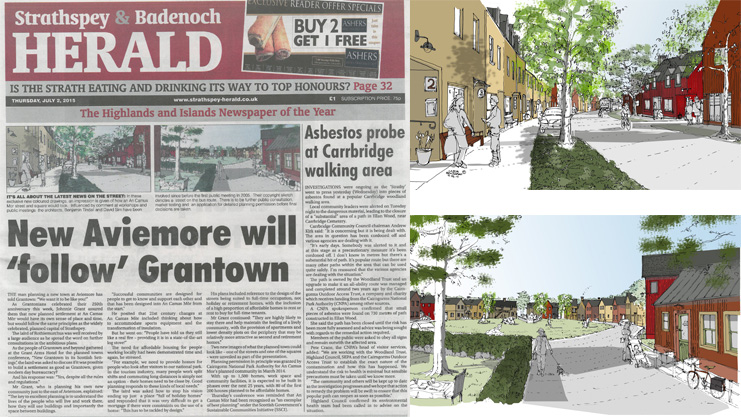